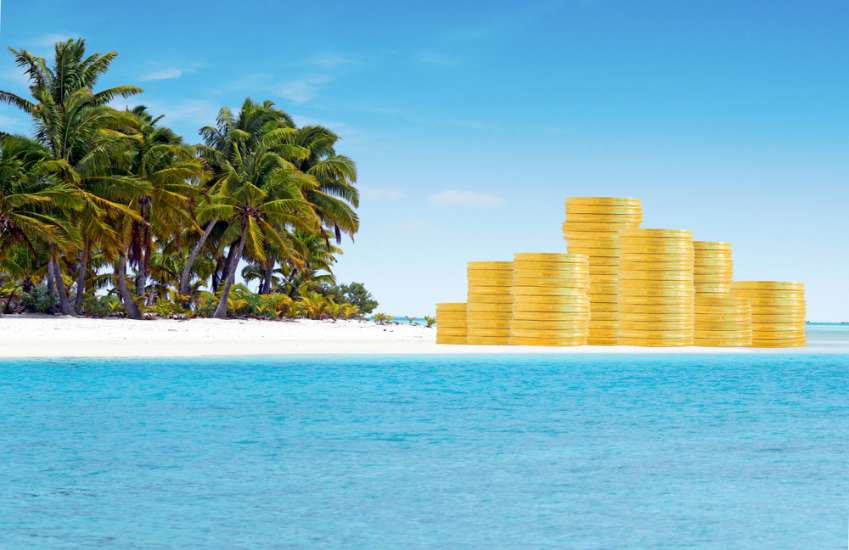 Offshore Tax havens levy little or no taxes to foreign investors without setting foot in the country. Some of these havens offer financial secrecy by refusing to share information with international tax authorities. There are only few handful tax havens in the world right now, what we can call ‘pure’.

The demand for tax reduction will grow among wealthy individuals and corporations in the coming years due to globalisation and emerging new digital technologies, and mobility . International Tax planning is an important tool cannot be ignored by HNWI and wealth managers around the world.

Major havens in the world are located in advanced economies or in their territories. The Caribbean is home to world’s top tax havens.

We have identified 10 places on earth that are pure tax havens, based on zero taxes  on corporate tax, personal income tax and VAT.  These tax havens are also the richest in the world. Half of the top tax havens in this list are British overseas territories. 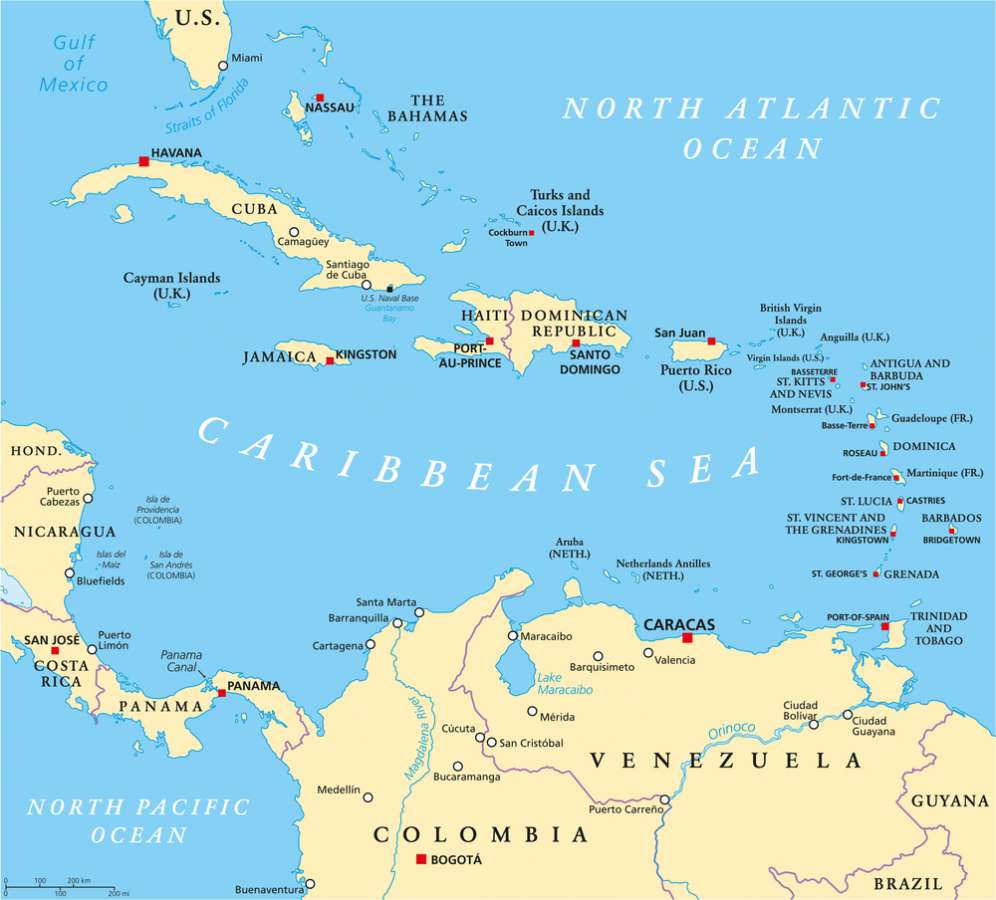 Before we move on, you should know a bit about sink and conduit on financial inflows in OFC 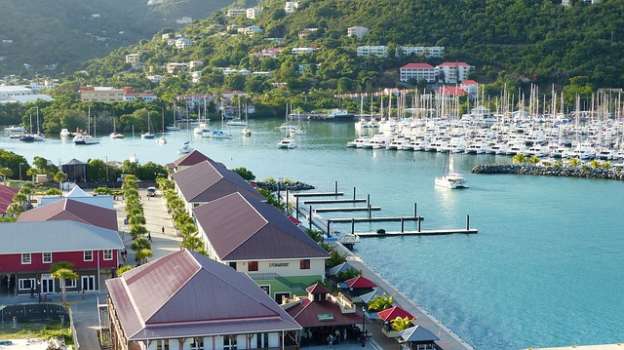 BVI is a British overseas territory (not a country), a popular destination for US tourists. It is one of the oldest and biggest offshore tax haven for incorporating offshore companies due to its stable climate and english common law. It is also a biggest destination for investment funds, especially hedge funds ( financial partnerships that use pooled funds). Some $125 billion is invested every year in BVI

The strong regulatory framework, US dollar local currency make the center all the way more interesting. BVI is also one of the wealthiest territory in the caribbean.

A quick summary of taxes below.. 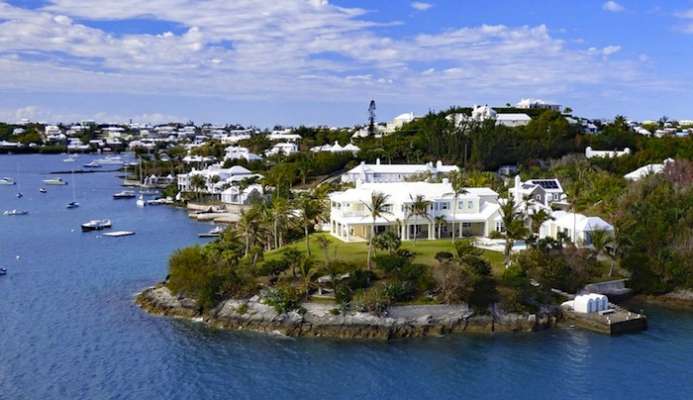 Bermuda is one of the richest and biggest offshore financial centers in the world, also being a british overseas territory, conveniently located approx 650 miles off in the US coast of North Carolina. It is not part of  Caribbean but a member of CARICOM (Caribbean Community). The financial services industry contributes to 85% of GDP.

Bermuda is a very popular tax avoidance destination due to its stable climate. Out of 400 securities listed in stock exchange, 300 are offshore funds. In 2011, Google saved $2 billion in taxes by shifting $10 billion through Bermuda subsidiary through Dutch-Irish tax strategies.

Bermuda levies payroll tax on employers and land taxes.  Investment Funds are registered in Bermuda by asset managers. This is due to no taxes on income, dividends or capital gains. Bermuda does not report income or ownership to any government agency and offshore trusts incorporated in Bermuda are used for asset protection. One disadvantage with Bermuda is there is high import duty levied on products imported into the country.

The Cayman islands is one of the world’s most popular offshore financial center and tax haven, home to multinational corporations banks, insurance firms, investment funds and wealthy individuals. It is one place in the world where there are more mailboxes and registered companies than people who actually live there.   It is still British overseas territory providing offshore services to 100,000 registered companies.  Tourism, offshore financial and income from indirect taxes makes the islands financially self reliant.

Cayman is particularly popular due to its tax neutral status for investment funds. The Cayman has a scheme for permanent residency for investors. 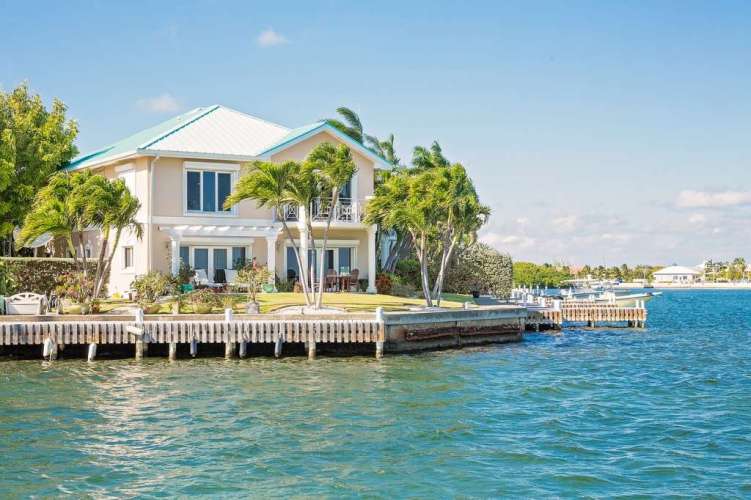 The Cayman Islands levy no taxes on income, dividends, royalties, profits, capital gains, wealth, property, or transfers, including transfers on death, on either resident or non-resident individuals, according to KPMG. 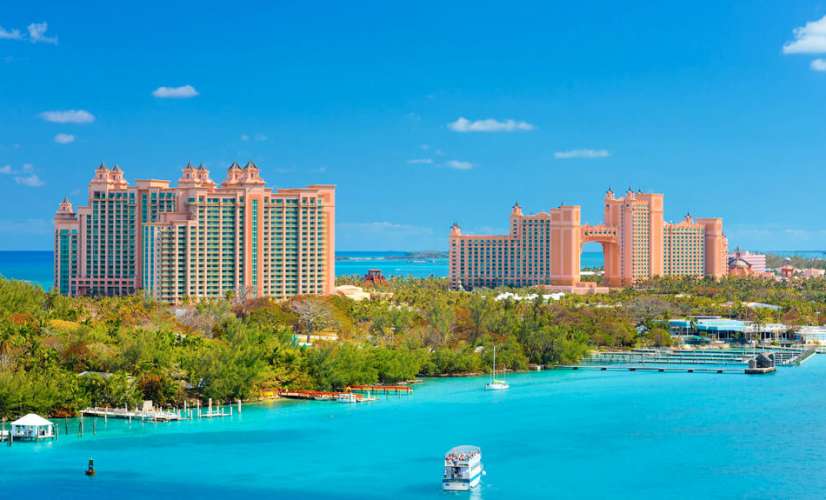 The Bahamas is the richest country in the americas after US and Canada, most popular for offshore entities. It is a top tax haven for no income tax, corporate tax, capital gains tax, or wealth tax. The Government makes much of the income from tourism, VAT, property taxes and import duties

Bahamas is particularly popular for US investors due to its proximity to US coast of Miami, stable government and economy, sound legal framework, modern infrastructure, proximity to key markets making it an ideal investment destination.

Anguilla is a British overseas territory in the Caribbean, renowned for its spectacular and ecologically significant coral reefs and beaches. A popular tax haven and zero tax jurisdiction with no capital gains, estate, profit, sales, or corporate taxes.  Offshore companies pay no taxes as long as all their incomes are earned abroad. The company incorporations are much faster possible within a day. 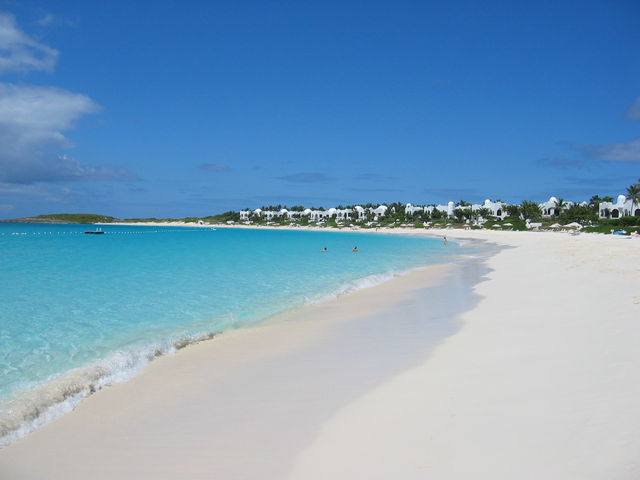 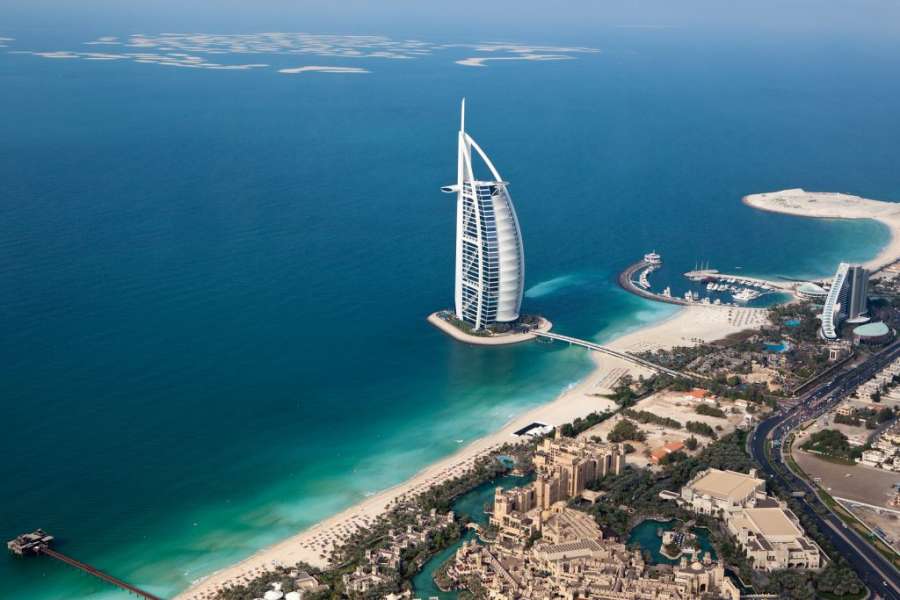 UAE (Dubai) is has become fastest growing offshore tax haven and financial center in the middle east and gulf region. Its strategic geographical location, oil wealth, luxury real estate market and 100% foreign ownership in companies has made UAE a biggest financial center in the world. UAE has the world’s third biggest sovereign wealth fund in the world amounting to $697 billion (

In recent years, UAE has grown to become a biggest market for second citizenships and passports. UAE offers residence rights to foreign investors

The UAE government implemented value added tax (VAT) in the country from January 1, 2018 at a standard rate of 5%. Personal income taxes are exempted for individuals but not for foreign banks and oil companies. VAT is exempted for residential properties and bare lands.

St Kitts and Nevis is a thriving financial center and a tax haven for offshore investors. It is a small and also a wealthiest countries in the caribbean with just a population of 50,000 residents. St Kitts is home to offshore companies, banks and insurance companies. Recently the country passed a virtual coin legislation to attract blockchain and crypto startups.

St Kitts also offers passports for investments through the citizenship investment scheme. This scheme remains oldest in the world operating since 1983. Investors are not required to live in the country. 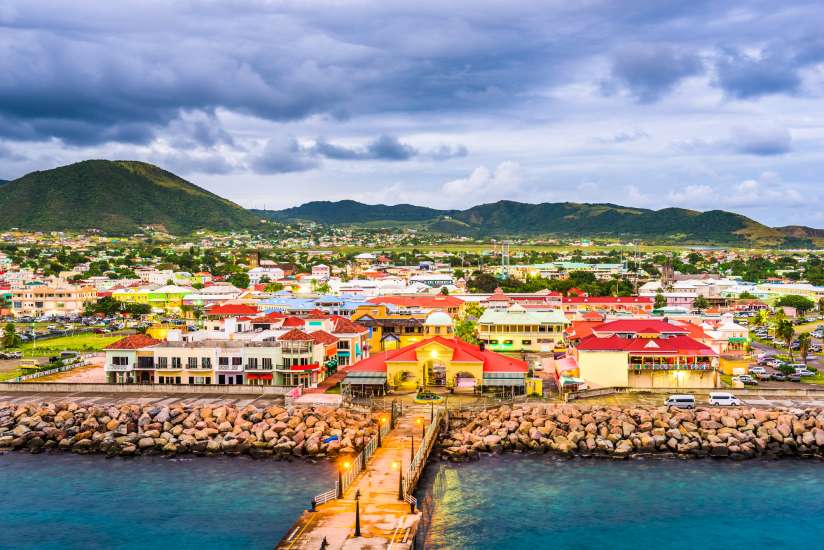 Bahrain is one of the oil rich countries in the middle east. Bahrain is home to world’s largest financial institutions including multinational firms that specialize in islamic banking and other financial services.

The Kingdom Bahrain has no personal income tax. But citizens must pay 7 per cent of their income in social security while expats pay 1 per cent. There are also taxes on renting homes and stamp duties on real estate transfers. Recently the Kingdom has introduced golden residency scheme to attract foreign investment. 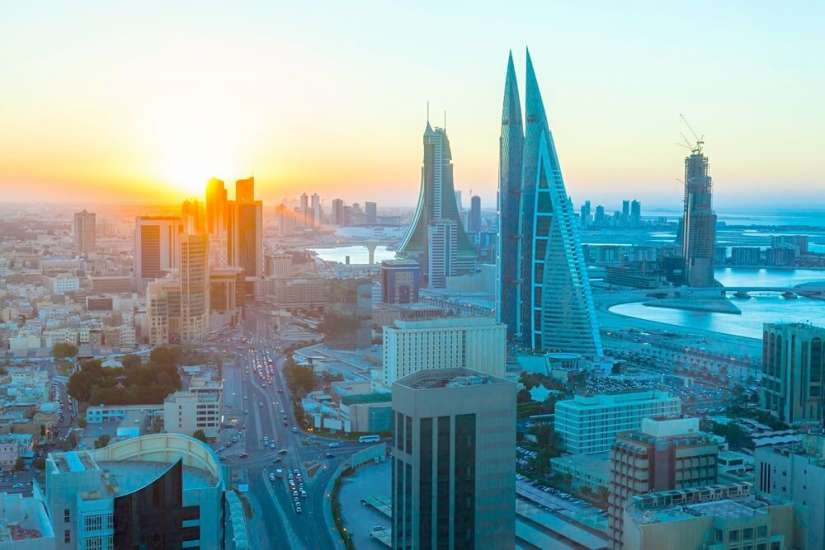 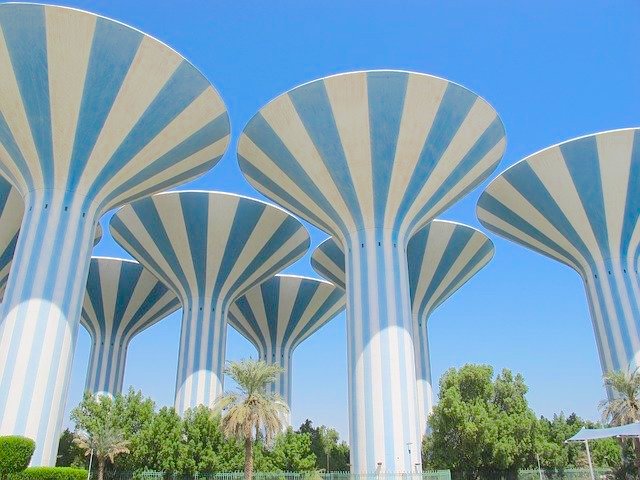 Kuwait is one of the wealthiest countries in the world due to its oil wealth. The Kuwaiti dinar is the highest-valued unit of currency in the world. Its sovereign fund funded by oil is the fourth biggest in the world worth atleast half a trillion.

There is no personal tax in the state of Kuwait. Corporate income tax is imposed only on the profits and capital gains of foreign corporate bodies conducting business or trade in Kuwait, directly or through an agent. Corporate taxes are exempted by corporations owned by Kuwaiti or GCC nationals.

Sark is one last place in the world where there are no personal or corporate income taxes. Sark is the smallest independent feudal state (5km2) in Europe population of just 600, part of the Channel Islands in the southwestern English Channel, off the coast of Normandy, France. It is neither part of UK or EU. 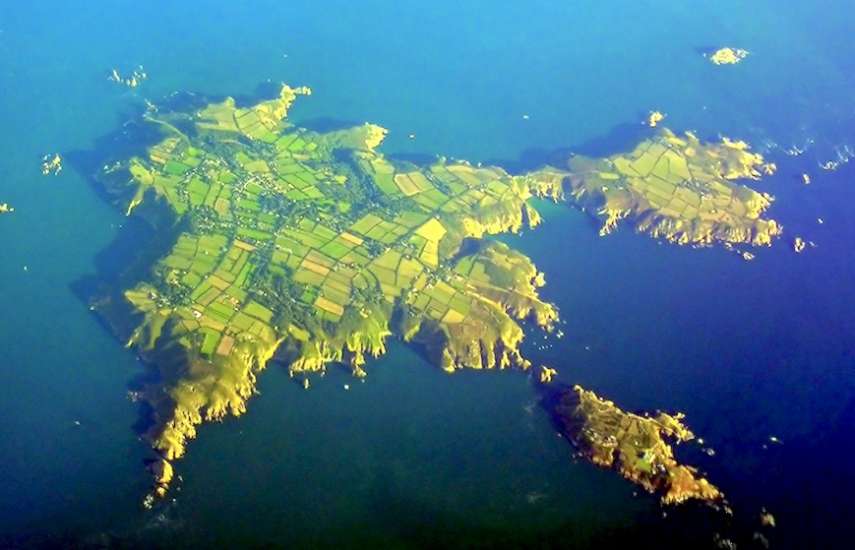 Sark is fiscally autonomous from Guernsey, and consequently has control over how it raises taxes. economy depends primarily on tourism and financial services. Sark has no company registry but relies and regulated by Guernsey’s financial services commission.

Sark is one of the most secluded places in the world. There are no taxes on income, capital gains or inheritances. There is also no VAT charged on goods and services. It is a pure tax haven since there are no tax offices and no agreements with UK or any other country.

What is “Double Irish with a Dutch sandwich”?

According to Investopedia, The Double Irish with a Dutch sandwich is a tax avoidance technique employed by certain large corporations, involving the use of a combination of Irish and Dutch subsidiary companies to shift profits to low or no-tax jurisdictions.

Globally, phantom investments amount to an whopping $15 trillion, or the combined annual GDP of economic powerhouses China and Germany.

According to IMF, about $40 trillion in FDI is being channeled around the world, multinational firms have invested $12 trillion globally in empty corporate shells (‘phantom investment’), and citizens of some financially unstable and oil-producing countries hold a disproportionately large share of the $7 trillion personal wealth stashed in tax havens.

A few well-known tax havens host the vast majority of the world’s phantom FDI. Luxembourg and the Netherlands host nearly half. And when you add Hong Kong SAR, the British Virgin Islands, Bermuda, Singapore, the Cayman Islands, Switzerland, Ireland, and Mauritius to the list, these 10 economies host more than 85 percent of all phantom investments. Hong Kong SAR, Macao SAR, and Singapore are notorious Asian tax havens. 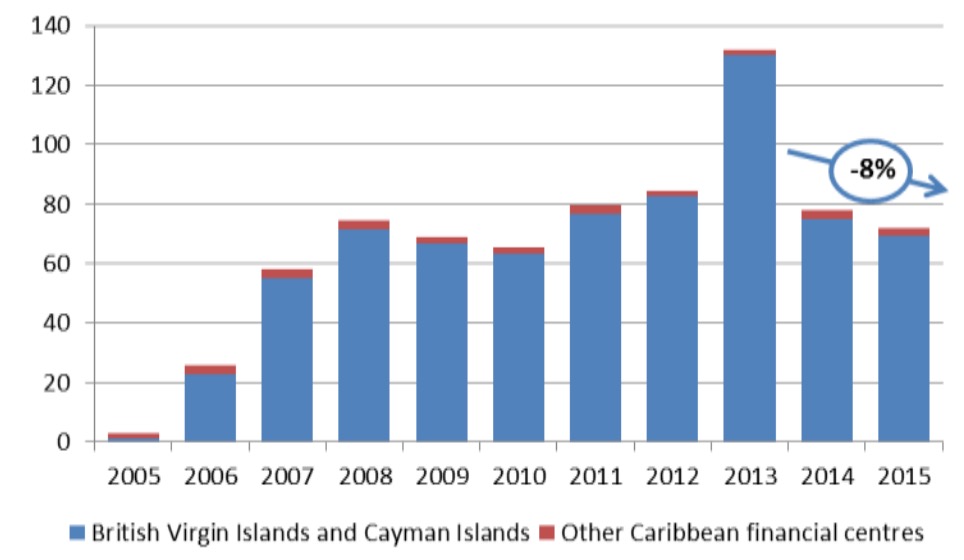 United States as a Tax Haven

The US itself a biggest tax haven in the world, thats one way to look at it. US scores top marks for financial secrecy as it refuses to share tax information with OECD.

European tax havens act as an important part of the global flows to tax havens, with three of the five major global Conduit OFCs being European (e.g. the Netherlands, Switzerland, and Ireland).

The Top tax havens in Europe are 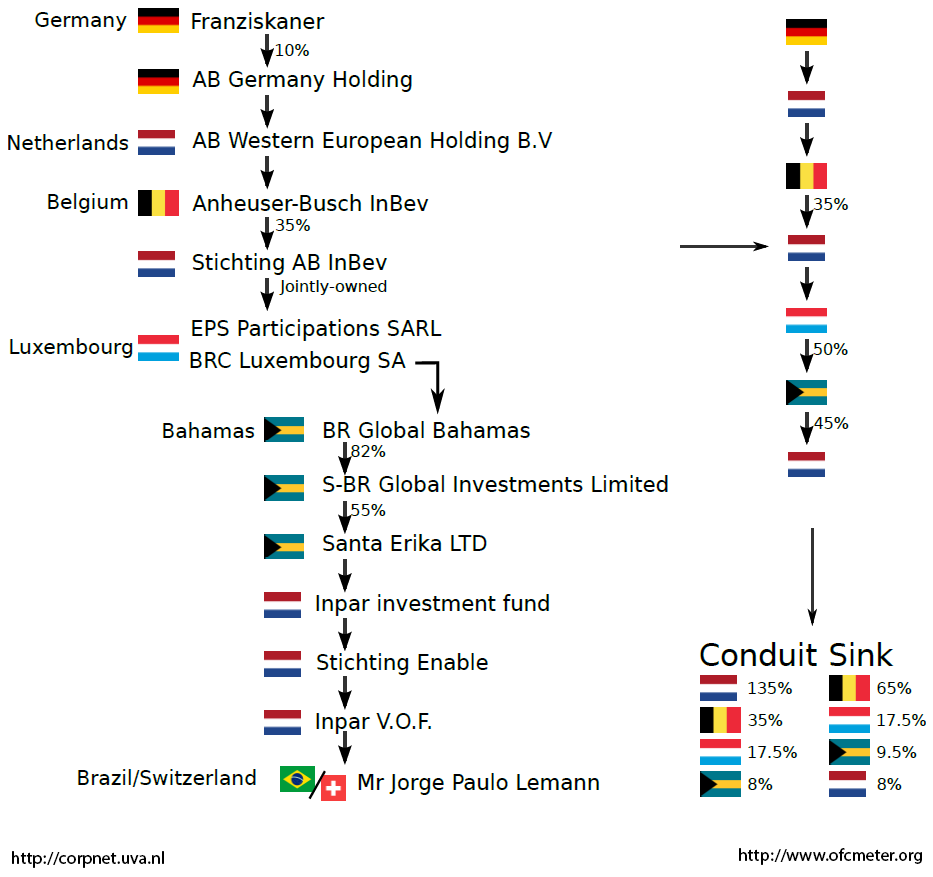 Increased clampdown and major regulations (FATCA, OECD CRS) and AML regulations on banks to check against illicit wealth has hit tax havens hard and many have disappeared into oblivion. The leak of Panama papers have almost destroyed Panama’s name and status as offshore tax haven and financial center.

Here is a quick summary of corporate and income taxes in tax havens.

Quotas for Citizenship by Investment schemes 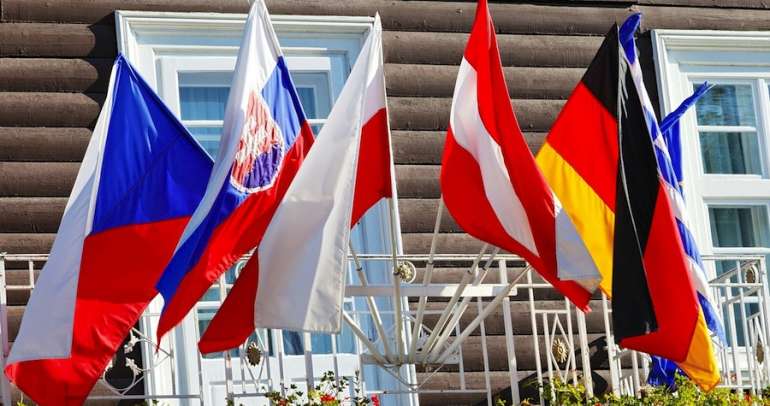