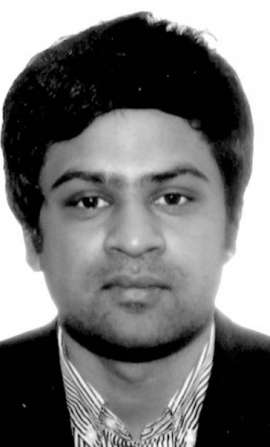 Entrepreneur, Innovator, Futurist and World's leading expert assisting Wealthy investors and HNWI families with citizenship and residence planning with more than a decade of experience. He has 15 years experience in finance, banking, insurance, company setups, immigration consulting and PR news media. Prabhu has special interests in dual citizenship, Startups, Online platforms Linux, Computers, Dual Citizenship, Computers, Machine learning, Blockchain and Cryptocurrencies. He spearheads digital innovations in the investment immigration industry towards a better digital future. All the Startups founded by him, named under one family of brands as "Yellow network". He holds a degree in computer engineering and software development. Avid Coffee lover, Entrepreneur, Journalist and Innovator. He built an insurance platform and served as financial consultant for swiss annuities and insurance back since 2012.

Best Citizenships is founded by Mr. Prabhu in 2011. It is the first online CBI platform for citizenship and planning linking immigration services online. A decade ago you will call your local travel agent to immigrate abroad. Fast forward today, you would consult through online platform. It wasn’t until Covid, the global demand and interest for second citizenship programs reached mainstream popularity making CBI online platforms becoming extremely popular because of the digital business model making it  cheaper for clients without brokers or middlemen.

He is a leading expert in citizenship and residence planning, a columnist and writer who has interviewed Governments of Malta, St.Kitts & Nevis, Turkey, Italy, Portugal running CBI and Golden visas.

As an immigrant himself he understands more the bureaucratic hassles involved with visas, immigration and citizenship abroad. For almost a decade his expertise and valuable knowledge have benefited numerous HNW investors and their families. He holds a degree in computer engineering from India. He is highly respected, well connected among prominent persons in the CBI & RBI industry. Speaker at various events and also organizer. He has lived more than 10 years in Europe and has traveled extensively to more than 40 countries. He also holds a B.Tech degree in computer science engineering from Regional Engineering College, Punjab (India). He lives in Budapest, Hungary.

He founded non-profit startups such as World Citizenship Council (WCC), World Passport Museum and also a journalist at  Citizenship by Investment Journal (CIP Journal) covering news and media for the CBI industry.  He has interviewed heads of citizenship units of Malta, Portugal, St Kitts, Turkey etc.

He is credited for launching Citizenship coin startup  first cryptocurrency for the CBI industry in 2018 to enable cheaper faster payments for real estate investments in exchange for citizenship.

The following are startups founded by Mr. Prabhu to bring sweeping changes to the immigration and citizenship industry towards a digital future.

At Best Citizenships, We tell clients to Invest in “Freedom” diversifying their wealth offshore,so that a passport is a must in any portfolio of investments. A second citizenship is the most important asset to you family, as citizenship is passed down through generations, which helps for best education abroad free of visa restrictions.

Mr. Prabhu has been an charismatic young man, born and brought up in southern india. He speaks 6 languages. The explosion of computers in 1990’s and dot com bubble in 2000s has captured his interest to pursue computers and software as a skilled award winning developer and programmer.

His life took a turn when he pursued education abroad in 2000s. Millions of people around the world are denied a better life because of visa restrictions. He was one such victim of visa restrictions (coming from a country with a weak passport). Since then he hated visas and hassles involved and embraced himself as a world citizen. He firm belief is migration and freedom of movement is a basic and fundamental human right.

In late 2010s, fast track citizenships for investments captured his interest as an elite status, that opens up a free world with unlimited possibilities. Since then he has been a pioneer in investment immigration and spearheads digital innovations in citizenship and immigration matters.

He is credited for coining  “Gold Passport”, “Paid citizenship”,  “Yellow Citizenship” and “Yellow Passport” for the Citizenship by Investment  industry.

His  experience and mathematical background, led to the development of Points based scoring (PBS) model to rank CBI and Golden visas, a standard benchmark in the industry,

He is the developer and lead program in designing these tools

Please see the list of his direct interviews with governments

He provides valuable knowledge, expertise to governments from around the world to implement citizenship and residency schemes through efficient vettting process. He heads WCC Government advisory in design and implementation of Citizenship by investment and Residence by investment schemes. This service is offered through World Citizenship Council, (WCC) a non-profit organization for research and development of CBI/RBI schemes.

The White Dollar is a free currency backed by small units of bitcoin and gold. It is one of my inventions as a currency and asset. The idea still in the development stage.

The World Citizen Awards was founded by me to award to distinguished individuals who did a pioneering work for the benefit of humanity. It will be given every year selected by a panel of experts from World Citizenship Council, a non profit organization. The idea still in the development stage.

“A Plan B is a must for all country nationals”
– Prabhu