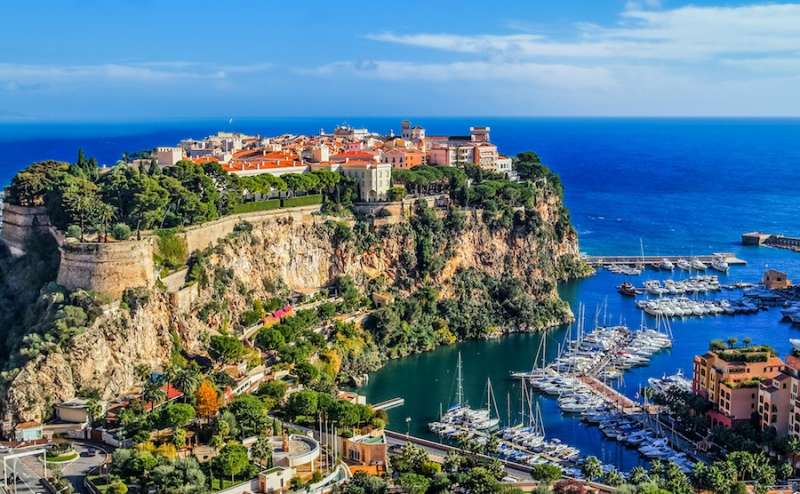 Monaco (aka. Monte Carlo) is the second smallest country in the world in the french riviera after Vatican.  Monaco is the richest country has the world’s second-highest GDP nominal per capita at US$153,177.  The country has highest number of millionaires and billionaires per capita in the world, infact 30% of the country population was made up of millionaires. Monaco’s mild climate, scenery, and gambling facilities have contributed to the principality’s status as a tourist destination and recreation centre for the rich. In more recent years, Monaco has become a major banking centre and has sought to diversify its economy into the services sector and small, high-value-added, non-polluting industries.

The principality of Monaco state has no income tax, low business taxes, and is well known for being a tax haven. Monaco is not formally a part of the European Union (EU), but it participates in certain EU policies, including customs and border controls. Through its relationship with France, Monaco uses the euro as its sole currency. Monaco has never levied income tax on individuals, and foreigners are thus able to use it as a “tax haven” from their own country’s taxes, because as an independent country, Monaco is not obligated to pay taxes to other countries. The absence of a personal income tax in the principality has attracted to it a considerable number of wealthy “tax refugee” residents from European countries who derive the majority of their income from activity outside Monaco.

Monaco is not a member of European Union and EU directives and measures do not apply in Monaco but gets benefits through France.

To become resident, one must be able to show sufficient means to be able to afford the lifestyle, in particular, the rent and prices for real estate, which are comparable to big capital cities.

The minimum investment required is atleast EUR 1 million of which

The property prices start from EUR 500,000 and upwards as the real estate has been in high demand. Accommodations are very expensive as a renting a small flat could cost a minimum of EUR 3,000 and above.

In addition to that you have to spend atleast 6 months in a year. The residence permit takes about 1 month for EU nationals and about 3 months for non-EU nationals. A personal interview is a must to obtain Monaco residency.

The main eligibility criteria to obtain residence permit are

The Monaco real estate market in the most expensive in the world, averaging $70-100K per meter around the Golden square.The most prestigious area is the Carre D’Or” (Golden square) around the Place Du Casino. . This means for $1 million you would get only 10 square metre luxury property in Monaco.

The property prices in Monaco in 2018 are

After five years of living in the country

To be eligible for Monégasque citizenship, foreigners must live legally in Monaco for 10 years.

The Monégasque passport is issued to citizens of Monaco for international travel. In 2009 there were an estimated 6,000 passports in circulation.

The Monegasque passport is one the rare and exclusive passports in the world, ranking 14th best in terms of world powerful passport rankings with visa free travel to 174 countries (US, UK, Canada, Europe etc)