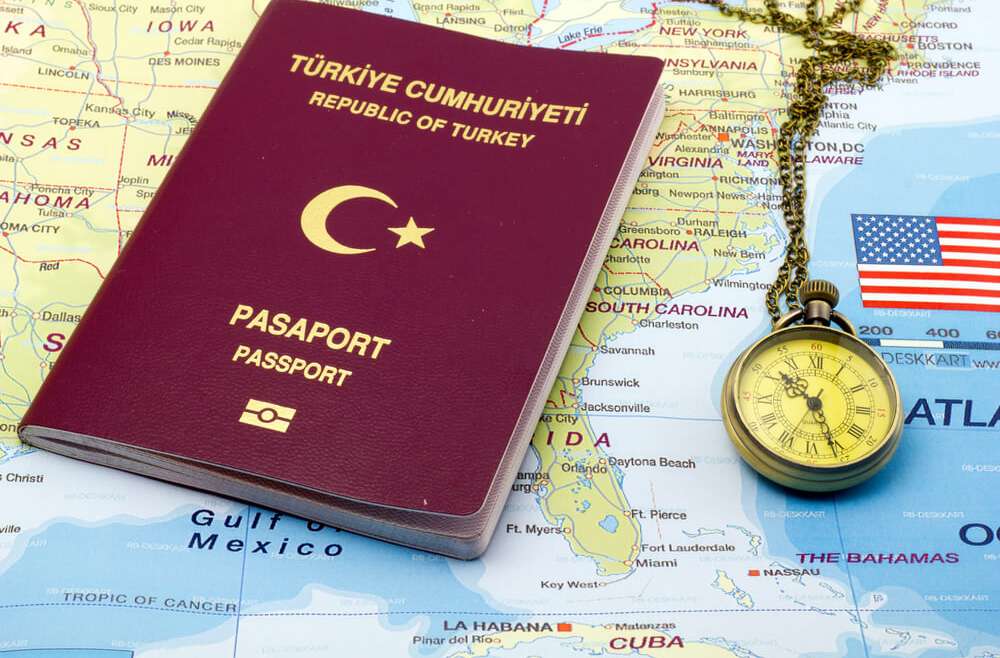 The Ottoman Empire was founded circa 1299 by Osman I as a small beylik in northwestern Asia Minor just south of the Byzantine capital Constantinople. The sultanate was officially abolished by the Government of the Turkish Grand National Assembly in Ankara on 1 November 1922 following the Turkish War of Independence. Today, Turkish passport has become an important travel document used for international travel to over 100 countries and territories.

During the height of their reigns, the Ottoman Sultans ruled over a vast intercontinental empire, so it was a necessity to record every piece of information related to the matters of the state.The Ottoman Empire paid utmost attention to the travel freedom of the foreigners as well as its own citizens. In this sense, the first legislation on passports during the Ottoman period was “Pasaport Odası Nizamnamesi”, issued in 1867 that were practiced for 17 years until 1884, when a new “Passport Nizamnamesi” was enacted. This new legislation necessitated the Ottoman citizens to take passport when they wished to go abroad. 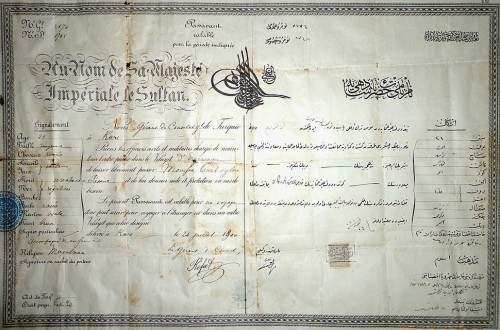 Above: An Ottoman passavant (document combining the functions of a passport and a visa) issued by the Ottoman consulate-general in Kars (Russian Empire) on July 24th, 1900.

During the 16th century, there were several restrictions upon the travelling inside the state during the Ottoman Period. Both local residents and foreigners had to get some official documents called as “yol hükmü (hereafter, the route pass)” in 16th century and “Mürur Tezkiresi (hereafter, the trip permission)” in the 19th century to travel inside the state. The “mürur” trip permission was redesigned along with the modern state organization structured by II. Mahmud period. Passport regulations inside the country were institutionalized thanks to “Mürur Nizamnameleri” in this period in which there weren’t official passport regulations in practice.

‘Men-i Mürur Nizamnamesi’, issued in 1841, didn’t include any clear articles on the entrance and exit of the tourists, so a new nizamname called as ‘Memalik-i Mahruse-i Şahane Mürur and Ubur’ in 1844 was declared. According to this new document, it was mentioned that travellers had to own a passport regardless of the route, either from abroad to the Ottoman territories or vice versa. Those from the nationalities that the Ottoman Empire had diplomatic relations had to submit their passports to the consulated to be issued. The tourists who entered the country from the highway had to  show their passports to the passport officers in the border, whereas those preferring the seaway were controlled by port officers. Those using ferries or sailing ships, on the other hand, needed to submit their passports to the captains in order to get a permission form (pusula) in return for it. After the captains delivered the passports to the officers, those who came to İstanbul would get their passports back in 24 hours, while those outside İstanbul would submit the permission form and take their passports. If they intended to stay, they had to predicate where and how long they will stay. When the visitors couldn’t submit their passports or give a reasonable excuse, they would be deported from the Ottoman territories. In the event of determining a fake passport or travel document, those would be deported, following the contacting with the diplomatic representatives of the other countries.

The Ottoman Empire issued a new trip permission (Mürur Nizannamesi) in 1887 to keep up wih the changes occuring across the world and satisfy the reform demands of the Westerners following the Berlin Treaty, signed in 1878. Advances in communication and transportation, increased national and international travelling opportunities, and the prevalence of trade among the countries, even the continents forced the Ottoman Empire to take strict precautions to keep the peace in its territories. The trip permission practice was abolished in July 1910 even though there were concerns about the fact that this would lead to security problems or impact the spread of the epidemics. However, another document called as “seyahat varakası (hereafter, travel certificate)” was issued as a security precaution with the start of the First World War. It is a significant issue that what the travellers thought about the trip permission practice during the Ottoman Period. 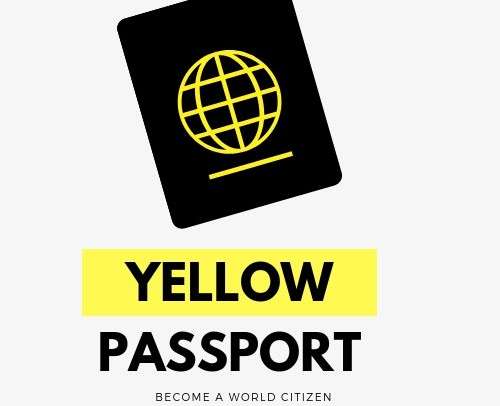