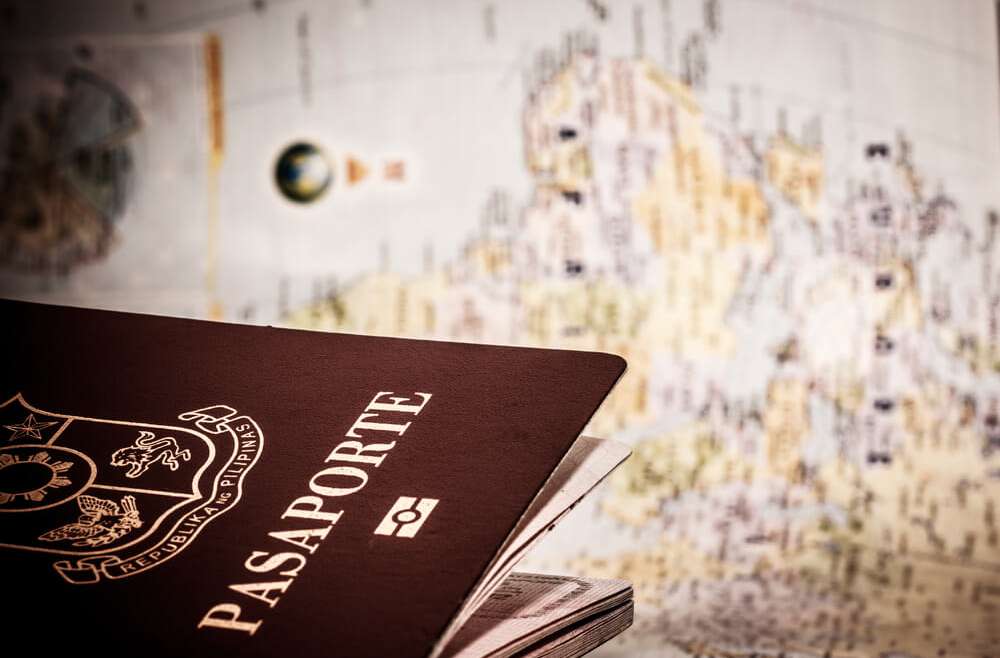 For most of human prehistory, the concept of state did not exist. The history of the state is only less than 6,000 years old, evidence found in ancient Mesopotamia from around 3700 BC. Evidence suggests a state emerged from stateless communities of large population

Citizenship comes from the Latin word for ‘city’, because in the earlier days, people identified themselves as belonging to cities more than countries.

The Concept of Citizenship first originated in Ancient Greece roughly 1000 years before Romans expanded use of citizenship to all roman inhabitants with free movement within the empire, equivalent to modern day Schengen area.

The beginning of citizenship also dates back to the ancient Israelites, who preserved their identity as a people, despite moving to different lands or enslaved by neighboring civilizations and this preservation of ethnic identity has been linked to the development of citizenship

Where did the word Passport come from?

Passports first of all are ‘travel` documents. The most important benefit of passport is international travel and protection.

By 15th century, Passport came from two french words ‘passer’ + ‘port’  meaning “to pass through a port”, because those days most international travel was by sailing ships. In those days, travelers were also checked by guards at city gates.

Since Early times, passports have existed in many forms, not just paper, as royal seals, face masks  and tatoos (known to have existed since 3100 BC.

Passport masks were made by every culture in West Africa. It was simple and effective way to identify. Face Masks worn by same tribe were identified, allowed to travel and trade.

Tattoo’s were known to exist since neolithic period, direct evidence from mummified skin used before 3500 BC. The ancient Greeks used secret tattoos with invisible ink to communicate among spies. The Romans marked criminals and slaves with tattoos.

Let us take a look how passports have evolved from just a basic identification document over the course of history.

One of the earliest known references to paperwork that served in a role similar to that of a passport is found in the Hebrew Bible. Nehemiah 2:7–9, dating from approximately 450 BC, states that Nehemiah, an official serving King Artaxerxes I of Persia, asked permission to travel to Judea; the king granted leave and gave him a letter “to the governors beyond the river” requesting safe passage for him as he traveled through their lands.

This is the earliest safe conduct, a form of identity document which laid foundations for a passport.

Arthashastra, a hindu treaty in sanskrit from India, composed between 2nd century BCE and 3rd century CE mentions the first passport and passbooks in world history

The Roman diplomas were the earliest known ‘military passports’ were known to have appeared since AD 52 (about 2000 years ago). The most common way of identifying a person in Ancient Rome was ‘diploma. A Roman military diploma was a document inscribed in metal tablet in bronze certifying that the holder was honorably discharged from the Roman armed forces and/or had received the grant of Roman citizenship from the emperor as reward for service. It is a full roman citizenship given after 25 years of military service.

The Earliest identity document inscribed into law was introduced by King Henry V of England with the Safe Conducts Act 1414. It was not for the next 500 years until World War I, most people did not have or need for an identity document.

Passports in medieval europe, were only issued to foreign travelers by authorities, instead of local citizens, which contained the list of cities and towns permitted for the bearer can pass through. Passports were checked for travelers coming inland from sea ports

Today passports exist in booklet paper format as e-passports with biometric chip. It is only a matter of time, paper passports become extinct, go fully digital or even further, everyone will be carrying a nano passport embedded in a body.

It was only after first world war, passports were in widely used in Europe due to rapid expansion of wealth, rail travel, and immigration. Passports for entire family one sheet of paper were quite common. Prior to World War I, passports were not required, for travel within Europe

In 1540, granting travel documents in England became a role of the Privy Council of England, and it was around this time that the term “passport” was used.

Until 1778 passports were written in English and Latin. After this date, issued in French

Queen Elizabeth II does not have a passport when traveling abroad, making it superfluous for her to hold one, as British passports are issued in the name of Her Majesty. All other members of the Royal Family have passports.https://www.royal.uk/passports

This British Queen’s Messenger passport issued to couriers who carry secret and important documents to British Embassies and consulates around the world.  The first recorded King’s Messenger was John Norman, appointed in 1485 by King Richard III to hand-deliver secret documents

Passports were an important part of the Chinese bureaucracy as early as the Western Han, if not in the Qin Dynasty. They required such details as age, height, and bodily features. These passports (zhuan) determined a person’s ability to move throughout imperial counties and through points of control. Even children needed passports

The first US passport was issued in 1775. In 1856 Congress decided to give to the Department of State the sole authority to issue passports. The earliest passport act in 1783 signed by Benjamin Franklin in 1783 to grant safe passage to ships and vessels

American passports had green covers from 1941 until 1976 and also during a brief period from April 1993 until March 1994. Green passport behind the navy blue passport in the picture.

First Canadian passports were issued in 1862 following the outbreak of the American Civil War, when the US demanded a secure identification from Canadians crossing the border

Roman diplomas were the equivalent earliest military passports, appeared first from AD 52, under emperor Claudius, who regularised the practice of granting Roman citizenship to non-citizen auxiliaries after 25 years of military service.

Passport was introduced first time in Italy by Napoleon (1796-1815).  After Napoleon was defeated in 1815, the passport was substituted with relocation permits issued by local authorities

It was not until italian unification in 1870, passports became requirement.

Citizenship to allies and the conquered lands was a vital step in the process of Romanization. Romanization was the most important reason for the success of Rome

The first travel documents in #Japan were issued in 1866. These were letter of request papers permitting overseas travel for business and education

Passport was formally introduced into the Japanese language in 1878

Below is the japanese #passport issued in 1866

Although French nationality and citizenship well existed before French revolution, it was only in 1804, France first introduced #naturalization through Civil code laws.

Before 1901, Australia was of six separate British colonies. Passport usage was not common, and if required British or other national passports were used. In 1901, the six colonies joined to form the Commonwealth of Australia.

One of the earliest mentions of #passport can be traced back to India, where Arthashastra a hindu sanskrit treatise  mentions the first passport and passbooks in world history.  According to the text, the superintendent of passports must issue sealed passes before one could enter or leave the countryside

In Brazil, ‘Passport’ was first inserted into the Old Republic Constitution of Brazil in 1891. There are records of travel documents being checked at Brazilian ports of entry from as early as 1530’s

Tax receipts were once used as basic passports during the Islamic caliphate period 1400 yeas ago in-order to travel to different regions of the Caliphate.

Holy See is headquartered in Vatican overlooks diplomatic relations with 172 states. Vatican has 800 residents, over 450 have citizenship.

The first English language passports of the Korean Empire were issued in 1902 by the People’s Comfort Agency to Koreans migrating to Hawaii.  After the 1910 Japanese rule in Korea, Koreans began having to use Japanese passports. Korean empire passports are quite rare to find.

Passports and visas became necessary travel documents only after World War I.

The 1920 League of Nations meeting in France laid the foundations for passport standards. During the meeting 42 nations implemented common size, layout, and design of passport as 32 page booklet. Passports issued for only single trip valid for 2 yrs.https://biblio-archive.unog.ch/Dateien/CouncilMSD/C-641-M-230-1925-VIII_EN.pdf …

The International Civil Aviation Organization (ICAO) issues passport standards which are treated as recommendations to national governments. These passports are made only in 3 colors (Red, Green, Blue)

Sea Passports were issued to American ships in 1786 and 1836 provided protection from attack by ships in Mediterranean sea.

What is the Difference  between Visa, Safe Conduct  and Passport?

The answer lies in the diplomacy

First understand what is diplomacy before moving to passports!

Diplomacy is the art and practice of conducting negotiations between two states.

Diplomatic passport is passport used by diplomats for traveling on official government duty, given immunity. The immunity is not automatically conferred to the diplomatic passport holder, as the host country assigns it to certain grades of officers.

Where are the origins of diplomacy and immunity?

Ancient origins of diplomatic immunity can be found in Indian epics Ramayana and Mahabharata before 2000 BC, where messengers and diplomats were given immunity from capital punishment. This painting depicts Lord Krishna mediating peace to avert Kurukshetra War of Mahabharata

Diplomatic immunity and rights were established during mid-17th century in Europe, later spread throughout the world, until it was formalized by the 1961 Vienna convention. 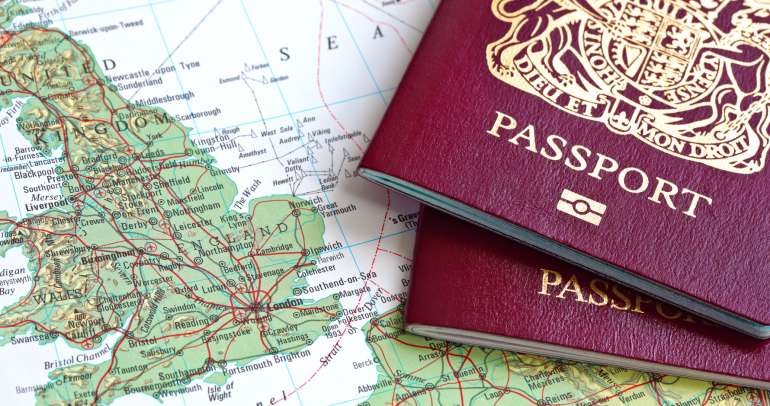 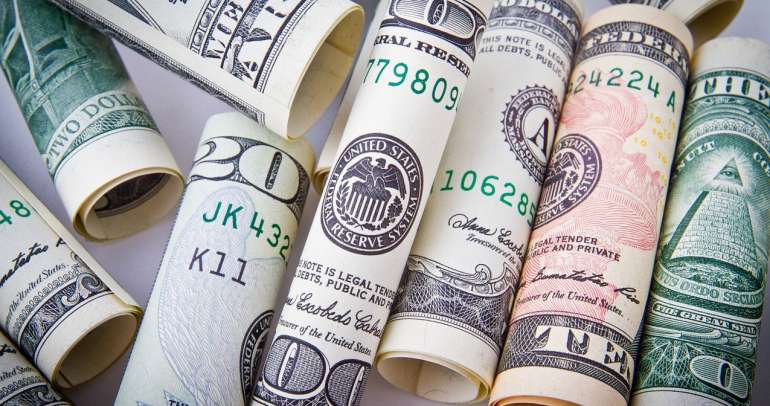